After sparking protests in Pakistan, Dutch lawmaker Geert Wilders has now decided to cancel the controversial competition depicting caricatures of Prophet Mohammad (PBUH).
In June, Wilders invited submissions of cartoons depicting Prophet Mohammad (PBUH), which Islam forbids. The $10,000 (Dh36,700) competition was due to open in November. But, its cancellation lead to a new trend on twitter in Pakistan: #OurProphetOurHonour. Hundreds of far-right protesters are marching on the Pakistani capital Islamabad, threatening to blockade the city unless the country cuts diplomatic ties with the Netherlands over a cartoon competition deemed to be blasphemous. The Dutch government has distanced itself from the competition, with Prime Minister Mark Rutte clarifying that Wilders is not a member of the government.

"The competition is not a government initiative," he told a news conference last week.

The Dutch government, however, maintains that banning the competition would be a violation of the right to freedom of expression.

"The Netherlands very much adheres by freedom of speech, but we also adhere to treat religions respectfully," Blok said according to Dutch news agency ANP.

He added that the competition "wouldn't be his choice" but that there were no plans to ban the contest from happening.

Wilders leads the Dutch opposition Freedom Party (PVV) and is known for his incendiary speeches and protests against immigration and Islam.

The far-right politician told Dutch media the contest was not being held "to provoke, but to show we are marching for freedom of speech". 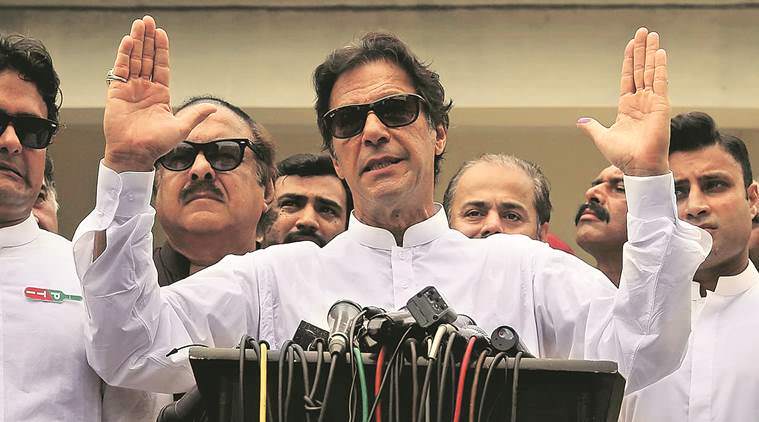 On Monday, Pakistan’s upper house of parliament passed a resolution condemning the holding of the competition, with newly elected Prime Minister Imran Khan saying his government would raise the matter with the Organisation of Islamic Conference (OIC) and at the United Nations.

"I want to make clear that this is not an issue for just one Muslim, or a few Muslims, but every Muslim in the world, wherever they live, this issue affects us all," Khan said in a video statement released on Thursday.

"The prophet ... lives in Muslims' hearts. When anyone disrespects Him, all Muslims are hurt by this. Our problem as Muslims is that the people of the West do not understand this. They don't understand because we Muslims have not explained to them that the way we think of our religion is very different from how they think of their religion."

At a press briefing on Wednesday, Pakistani Foreign Minister Shah Mehmood Qureshi said he had requested the OIC to call an emergency meeting on the issue.

"We have decided that an effective voice may be raised unanimously from the OIC platform," he said.

"I assure the people of Pakistan that we are aware of their sentiments and we will stand with the Muslims around the world in raising the voice against this event."

Qureshi’s statement followed an official note of protest registered with the Dutch charge d'affaires in Islamabad, as well as a phone call with Dutch Foreign Minister Blok.